We are pleased to announce the June 2022 release of LISTECH Neo, the next generation surveying, engineering, and geospatial software. This release includes an all-new integrated CAD module, numerous other new features, improvements to existing functionality, and engineering fixes to make Neo even better. Some of these improvements include: 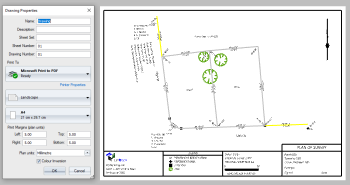 The biggest feature ever added to Neo is the new fully integrated CAD module. You no longer need to export your data to a third-party CAD system in order to produce final quality plans. All the CAD functionality you need is now integrated directly into Neo. Want to make changes to your model, no problem, all affected Neo drawings are automatically updated to reflect the changes. For more details on the new CAD module please click on the link: Neo CAD Module. 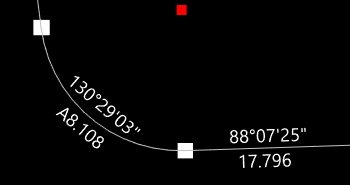 A new option has been added to Neo that allows you to turn off the display of the centre vertex for circular arcs. Often the centre vertices are not wanted when performing functions like creating height text objects in the model. This new option allows you to turn off centre vertices, thereby preventing them from being selected. It is also useful when there are numerous circular arcs in a model because it can reduce on-screen clutter. 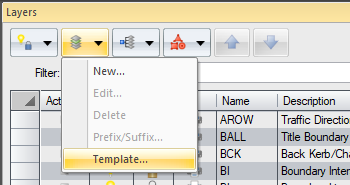 Previously when creating a new layer either manually or automatically during a data import, you could not control the default layer settings used for the new layer. A new command has been added to the Layer tool that allows you to select a template layer that is to be used when creating new layers. The template layer can be configured with the display settings and attributes you like, saving you from having to edit the layer afterwards. 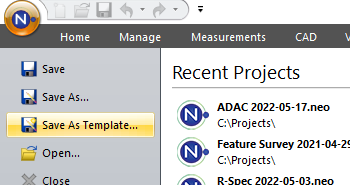 A new Save As Template command has been added to the File menu that makes it far easier for you to save and update your project templates. Prior to this command you needed to know the location of your Templates folder and copy the new or updated template to that location. With this new command, the location of your Templates folder is already known by Neo and is automatically set as the default folder location in the Save As window. 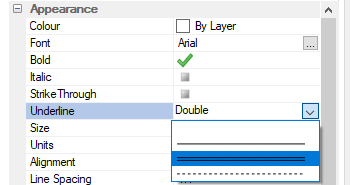 Underline (single, double and dashed) and strikethrough effects have been added to enhance the styling options already available for Text objects. The addition of these effects as properties of text and text styles, means you no longer need to manually simulate these effects. Numerous land authorities require the use of underline and strikethrough effects on cadastral plans as a means of signifying something special about the text. 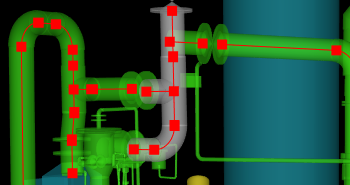 The new Create Line by Existing Object command enables lines to be automatically created from both polygon and shape objects. Now rather than manually creating linework along the design elements to be staked out, simply select the model objects and have the lines automatically created. This tool is an important part of the workflow for taking 3D design model data and creating objects suitable for stakeout and use on-board a field controller as is the requirement in most construction projects. 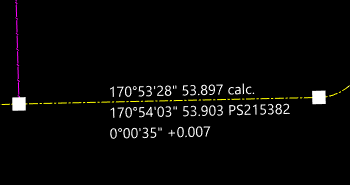 A new dynamic Bearing and Distance type has been added to combined text styles that enables the creation of single text objects that can display To and From bearings, distances, their differences, and an optional note. Together with new creation techniques, it is ideal for use in cadastral re-establishments where you often need to compare survey and title dimensions. Text objects of this type are automatically updated as shifts and rotations are applied to bring your survey onto title datum. 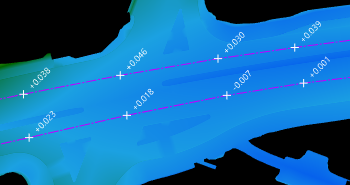 The new Create Text Offset to Terrain Model command allows dynamic text to be created that displays the height difference between a vertex and a terrain model, with an optional vertical offset applied. This command makes it easy for you to automate the creation of text annotations that represent as built and design height differences. With the option to apply a vertical offset to the terrain model, this tool is ideal for tasks like Lot Testing used for quality checks on road construction projects. 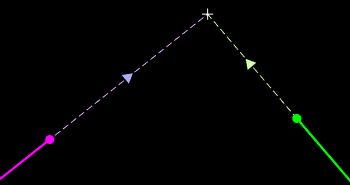 The existing Extend or Trim command has been enhanced to optionally extend the To object. This new functionality applies to extrapolated intersections of line or pipe objects and saves you from having to perform a secondary extend in order to make the objects physically meet. This option will be most useful where both line or pipe objects involved in the operation need to be extended to their intersection, a scenario commonly encountered in surveys involving inaccessible building corners. 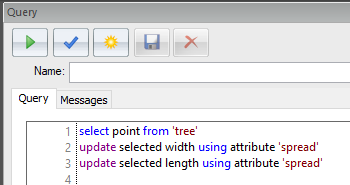 The Neo query language has been enhanced to support updating easting, northing, length and width properties, along with the ability to update supported properties using the property itself and an arithmetic operator. Together these improvements open the possibility for numerous advanced scenarios like, applying coordinate or height shifts, setting or scaling the dimensions of plan symbols and handling attribute data in different units. 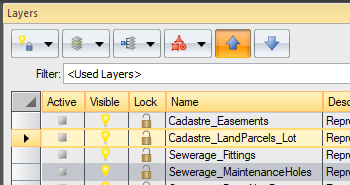 The behaviour of the draw order Up and Down arrow buttons in the Layers tool has been enhanced to take into consideration the current filter. This improvement allows the draw order of a layer to be changed more efficiently by skipping over layers not displayed by the current filter. This feature is most useful where your project template contains many layers but you are only using a subset of them. This is typical for many projects and is where layer filters like <Used Layers> are often used. 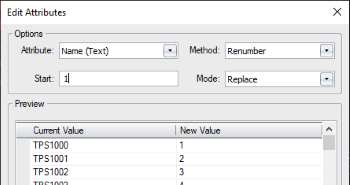 An enhancement has been made to the attribute renumber capabilities of the Attributes tool with options to renumber just the numeric part only, or replace the entire value. Some field controller software default to alphanumeric point names like "TPS0001". In the past to replace these with sequential numbering required a two step process, remove the alpha prefix and then renumber. The new replace option allows the attribute value to be able to completely replaced in a single operation. 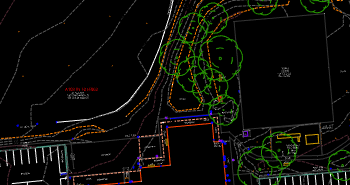 When exporting to AutoCAD with the Explode Line Styles and Explode Polygon Hatches options turned off, Neo now attempts to create AutoCAD Linetype and Pattern definitions in the AutoCAD DWG/DXF file that represent the line styles and polygon fills used in the Neo project. Limitations with how Linetypes and Patterns are defined internally in AutoCAD results in some Neo line styles and polygon fills not being able to be represented, so in these cases they are exploded. 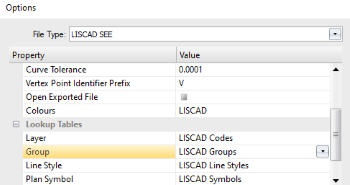 A new Layer to Group lookup option has been added to the LISCAD SEE export command. The addition of a Group lookup table provides the ability to map Neo Layers to LISCAD SEE Groups, adding to the existing functionality of mapping Layers to Codes. This new capability is required to support round-tripping scenarios where extensive use of Code to Group relationships has been used in LISCAD SEE and needs to be maintained during data exchange. 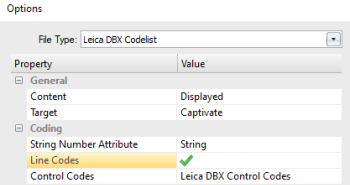 When exporting a Leica DBX Codelist there is now an option to support Line Codes for use on-board Leica Captivate. This new option creates line code entries in the exported Leica DBX Codelist that allow lines to be coded independently of points. If enabled on Captivate, when a line is started the user is prompted for the line code and associated line attributes. This is great for feature or as built surveys of linear objects like fences, pipes, or conduits where attributes relate to the line not the points. 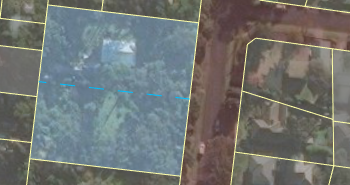 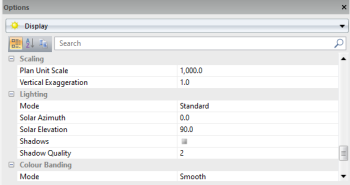 In order to support the advanced capabilities of the new Neo CAD module, the View Effects tool has been moved from the Home ribbon to the Options Display tool, while point clouds, georeferenced images and image services are now associated with a layer that determines their visibility. The Create Terrain Model by Terrain Model Intersection command has been changed to create a single cut and fill terrain model and allows the terrain model to be named. 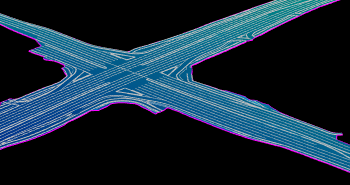 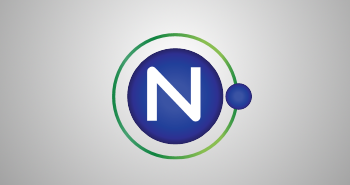 A number of miscellaneous enhancements have been made across the software and include, displaying the description of the active layer in the ribbon to assist those who use numeric layer names identify the active layer, the addition of a default button when editing Control Codes so that default values can be automatically populated for the selected action, saving you from having enter them manually, and adding support for Block objects in Combined Text Styles and Text Rules. 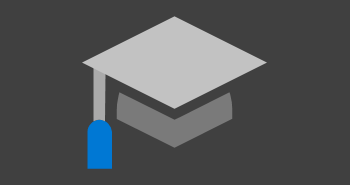 Getting the Neo June 2022 Release

Neo licences that are on LISTECH Cover or have a Leica Geosystems Customer Care Package (CCP) with an expiry date of June 1, 2022 or later, can download, install, and run this release via the downloads section of the LISTECH Neo product page.